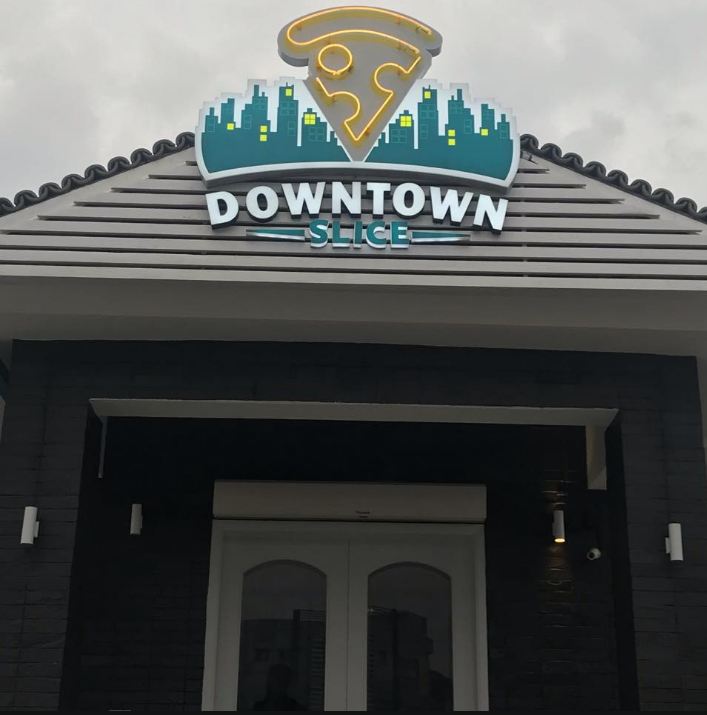 Downtown Slice is a pizzeria based in Bahria Town Phase 4 and Phase 5. The story of DownTown Slice begins back in May 2018. The restaurant offers parking, indoor seating and a wonderful environment to enjoy your pizza at. Know more about Pizzas and Downtown Slice in an article by reviemonkey.pk

From the Greeks to the Egyptians, from the Persians to the Indians, pizzas have been served throughout the history. Plakountos, Flat breads and naan were used in the early preparations of pizza. We can call them the cousins to the modern pizza. But, there isn’t a concord as to which is first.

In reality, pizza first existed in Naples, Italy. Decades after tomatoes were introduced to Europe. Pizza was initially a dish for poor people. The original Neapolitan pizza was sold out in the streets with a huge range of toppings. The first Italian pizza restaurant was Antica Pizzeria Port’Alba. They began baking pizzas in 1738. Pizza grew in popularity as tourists visited Naples.

In 1889, modern pizza was born. Pizza maker Raffaele Esposito created the “Pizza Margherita” for the Queen Margherita of Savoy in Italy. The toppings only contained tomatoes, mozzarella, and basil. These ingredients were used to represent the colors of the Italian flag.

Pizza became as popular as Italians made 4 million of the 20 million migrants to U.S. between 1880 and 1920. They carried their taste buds and pizza-making skills along with the rest of the things.

In New York Gennaro Lombardi, which is now known as Little Italy, opened the first pizza restaurant in 1905. The pizzas were made in the true New York style using a coal oven and a very thin crust.

Our Review on Downtown Slice Rawalpindi

As this pizzeria opened in Rawalpindi, our team heard a lot about DownTown Slice. Everyone showed a smiling face when we talked asked about the restaurant. We couldn’t wait to try out these latest Pizzas in Islamabad. So, Our crew finally decided to review Downtown Slice at around 4 PM on Monday and WOW !! They LITERALLY pulled the ground off our feet and made us float somewhere in heaven with their amazing taste and ambiance.

Starting from their wonderful modern Italian Churches kind of exterior and interior to their juicy, cheesy pizzas. Every single thing made gravity stronger to pull our jaws down. Speaking of the food, Downtown Slice pizzas are one of the best we have tried in Islamabad.

There were so many options on the menu including a variety of pizza flavors and margaritas. But, we preferred to order a Large pizza in split flavors, half chicken fajita and half down town special beef pizza. The restaurant not only had a great ambiance but, a great service as well! We got served with our order in 20-30 minutes. But, that small wait was worth it.

As they served the pizza, it had FRESH written on it with its dripping cheese and sizzling ingredients. The cheesy bites were so soft and squishy. Every bite of it had that filling but appetizing kind of a feeling.

Speaking of the cheesy bites, they were first introduced by Pizza Hut but, weren’t as good as these. DT slice cheesy bites were literally the star of the night. Soft marshmellowy kind of cheese-filled bites encircling the spicy pie made us drool like babies. The pizza was rich and delightful in taste. The perfect combination of ingredients like Fajita style chicken, green chilies, onion & mixed peppers with grated parmesan cheese sound like a hungry grawling stomach for sure.

They used really nicely cooked and softened beef chunks in beef pizza which was also an amazing thing for us. Not only the food excited us, but speaking to Farooq Saeed, the owner of Downtown Slice made us all very happy, too.

The person knew every single detail about his food from the process, quality, preparation method to serving proportions. He mentioned that they do not use anything ready-made in their pizzas (which was obvious in their taste). He told that they use specially marinated chicken and beef in their pizzas to maintain the quality and taste of their pizzas. He also mentioned his previous pizzeria “Pizza Originale” which did not work out because of the very thin crust mainly.

Anyway, No matter how much you spend on something but, the best among them is the one thing you get for free, of course! AS we were done with our pizza, we saw a waiter moving towards us with a fresh creamy slice of oreo cake. We didn’t know about it but, they offered us complementary oreo cake slice. Another thing which we didn’t know was that they served desserts too, woah! The cake was so delicious and a perfect dessert to order after pizza.

The total amount charged with a pitcher of coke and a large pizza with cheesy bites in split flavors was rs. 2200 only. We are pleased with the place overall and recommend you to visit this amazing new addition to Islamabad bahria town phase 4. They offer home delivery and delivery deals, You can check the menu deals and pictures below. 🙂 Thanks for a read.

Artist, Poet writer, and a media student adding value to the community by awesome product, services and places reviews published mainly at https://reviewmonkey.pk
Feel free to reach & connect me via Social media or email. 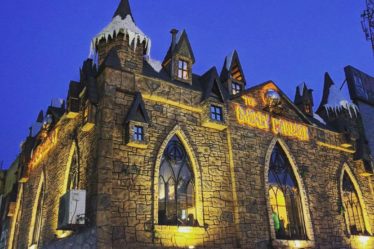